skip to main | skip to sidebar


ALL MONKEY WESTERN! Three of the sweetest words ever uttered. This is Lonesome Stranger from 1946. Should have won the Oscar for "Best Film WIth Monkeys as the Principle Cast." They were robbed.


Elvis just killing "If I Can Dream." Chills will follow.


Ever wondered how to shrink a head? Of course you have. Grab a notebook, here's how you do it.


The New York sequence from On the Town. Sinatra cannot hid his New Jersey accent not matter how hard he tries.

"Nostalgia: It's delicate, but potent. Teddy told me that in Greek nostalgia literally means 'the pain from an old wound.' It's a twinge in your heart far more powerful than memory alone. This device isn't a spaceship, it's a time machine. It goes backwards, and forwards. It takes us to a place where we ache to go again."
Don Draper


There are a few bucks in my pocket. I'd be willing to wager all those Benjamins... okay, fine Hamiltons, that more than a few of you suffer from one of my afflictions. That of a fascination with and love of the past. World history, dusty museums, scratchy heartfelt music, black and white films, weathered and rusty relics, Billy the Kid, Humphrey Bogart.

There is a power in the parts of culture that live on, no matter how long it has been. Mozart isn't going anywhere. Neither is Muddy Waters. In nature, species evolve because they can adapt and grow. With history, art and culture, the opposite happens. We adapt to them. The past stays the same. It is constant. That's why we love it.

This is the reason why we're mad for Mad Men. That amazing bit of television inspires so much passion because it perfectly shows a piece of the past. Like a wooly mammoth preserved in ice. Same with Happy Days in the 70's. The public longed for a "simpler time" when the jukebox turned on when you smacked it. That doesn't really happen anymore.

However, over the last few months, there has been a few news stories that have caused me to reevaluate my romanticism of the 40's, 50's and 60's. A handful of annoying sex scandals, some D-list personalities that somehow keep finding a microphone and that damn runaway Jiffy Pop balloon.

Perhaps I don't have this quite right.

How many television personalities were diddling the staff before David Letterman's mistakes? I'll bet it's a healthy percentage. Why do you think many of them became TV hosts in the first place? Legend says Milton Berle almost constantly had his oversized junk out back stage. Parading the beast around like a prized zucchini at the county fair. Uncle Miltie's wiener flashes didn't lead the evening news. Or Steve Philips, the baseball analyst at ESPN. He had to pull the old "I'm checking into sex rehab" scam to try to put his affair behind him. Let's be honest though, Phillips' story wouldn't have the legs that it did if the girl was attractive. Not chubby, homely and bonkers.

SIDENOTE TO CELEBRITIES: We have figured out the Rehab Gambit. It's in there with the Exhaustion Ruse. "I'm so exhausted and tired ... from cocaine." You lot need a new smokescreen. How about the shingles or rickets? Nobody knows what those actually are. "Yes, I broke the bonds of my marriage. For that I am sorry. But I have the gout and lupus. I'm checking into the clinic for treatment. We'll get through this together."

In the "good old days," JFK's, RFK's, MLK's, and LBJ's dalliances outside of the bonds of matrimony weren't front page news. They were hushed up no-so-much-secrets by the press that had the scuttlebutt. Nowadays you can't meander down the ol' Appalachian Trail without news crews camping in your front yard. In the days of yore you could assume a wide stance in the bathroom stall at the Minneapolis airport without it becoming a homosexual hail storm. Thirty years ago that was just a sturdy position to poop.

The Flight of the Balloon Boy saga doesn't happen twenty years ago. Not only would Cronkite veto it before it got to air, there was more than 15 minutes to vet the story and calculate it was bogus. The Hypocritical Former Beauty Queen or The Meathead Former Potential Son-In-Law of a Professional Facebook Updater aren't given a platform either. "Yes, person with no qualifications or original ideas that is so stick-a-fork-in-a-toaster stupid you had to read the instructions on shampoo three times, tell Larry King what you think about the corporate bailout and the War in Afghanistan. This should be fascinating."

SIDENOTE #2: Maybe those two dopes should have their own talk show. A rundown of the day's events, hot button issues and pithy attempts at full sentences. "Brought to you by Hot Pockets, Mensa and Sadness."

The easy counter-argument here is "you don't have to watch or read about these people." Sort of. That's almost true. However, quick show of hands: how many of you own a Lady Gaga record? Okay, seven. Shame on you. Now, how many have heard of Lady Gaga? See where I'm going here? Like it or not, you can't avoid a great deal of popular culture. I couldn't pick a Chris Brown song out of a lineup, but I know he beat the fire out of that "Umbrella" girl. Unfortunately, Jon and Kate What's-Their-Name has soaked into our psyche by osmosis. Burrowed in like a botfly. You'd have to pry them out with tweezers now.

Those examples make me think maybe I am just in the right place but the wrong time. Let's get back to the way it was.

Then I thought about that a little more. There's flip side to the coin.

Along with the soda fountains and sock hops, were tolerated racial slurs and out of control sexism. Educated men/Presidents of the United States could drop an "N-Bomb" in casual conversation and no one batted an eye. "That Richard, he's just a folksy good ol' boy."


When we talk about the nostalgic America of the last 50 years, which is it? The idyllic Leave it to Beaver and Norman Rockwell images? Choosing sides for vacant lot baseball and a hot apple pie cooling on the window sill? Or when wives were second class servants and young black men were getting sprayed by Niagara-like fire hoses? Oh, I almost forgot about the viscous dogs. There were also viscous dogs.

This is why we have to carefully select what parts of the past we hang onto. Love the fedoras, suits and language in Mad Men. But abhor the rampant alcoholism and the married men boffing secretaries.

I'll keep: Music, film, literature, real journalism (Fox News wouldn't exist in the 60's, Cronkite or Eric Sevareid would expose it for what it is in two nightly segments and the channel would die on the gurney), newspapers, the cars, art deco, Elvis, white picket fences and TV jingles.

I'll leave behind: Bigotry, ignorance, wars that occur for no or cooked up reasons (oops, we haven't learned from that one yet...), the belief in Old Wives Tales, sexism, cooking with liver, Andy Warhol (I hate Andy Warhol. Absolute overrated garbage. The goon that recently paid $43 million for one of Napoleon in Rags' paintings should have to pay a $44 million penalty for bad taste), segregation and the Cuba embargo.

Sadly, many of those problems still exist. But with a flawed human species, we have to accept significant progress in those issues a win. A "moral victory," sure, but we have take what we can get.

Maybe Glenn Beck is a return to the "good old days." Of course, he's a time machine back to Joseph McCarthy, but still, back to the way it was. Communists! Be afraid! Red Scare! Boogity boogity boo! Ah, the warmth of a simpler time. Let's have us a good old fashioned Black Ballin'! Get that evil Dalton Trumbo! Just like the happy 1940's and 50's. Hula hoops, coonskin caps, The Honeymooners and writers ostracized from society for reading a Communist pamphlet. The way it used to be.

We need to select what we romanticize is if we are drafting for an NFL franchise. Be careful what you pick. A bad selection could cost you in the long run. The Blues and Chuck Berry are Peyton Manning. Opposing the Civil Rights Act and supporting Vietnam are Ryan Leaf. You can do the math from there.

Going back to Don Draper, he is nostalgia in microcosm. Half king of cool, half rotten scoundrel. Maybe that's why we love him so much.

It was Halloween in Philadelphia. Pearl Jam was playing one of the last shows at the Spectrum. It was an epic set-list. There needed to be some recognition of the holiday.

So, for one song, Pearl Jam dressed up as Devo, lego hats and all, and rocked the classic cut "Whip It." Ed even brought along a bullwhip as a prop to crack. 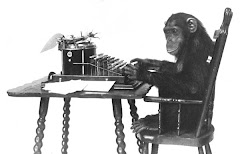 The Chairmen of the Board

Johnny Wright
Johnny Wright is a humble man that knows he is cat's pajamas. He writes here when he is not writing other places.

Spanning the Globe: The Links